Guttland is the region extending over the central and western part of the Grand Duchy of Luxembourg. It’s known for its green hills, pasture landscapes, beech forests, rivers and picturesque villages. But Guttland isn’t just pretty to look at. It also has one of the highest densities of medieval architecture in Europe. Steeped in history, Guttland opens a portal into times long gone with its old castles, Celtic, Roman and even prehistoric sites. Discover the captivating stories and impressive tales of the region first-hand during our theatrical guided tours, by listening to the historical figures who lived through them.

Guttland is also shaped by the development of sustainable tourism and numerous innovative projects created by small, rural communities. Cycle paths and hiking trails invite you to discover the natural treasures of the region. Various tastings let you discover the culinary side of the region — a great way to refuel after all that walking and cycling. 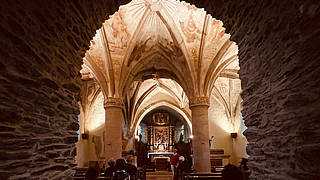 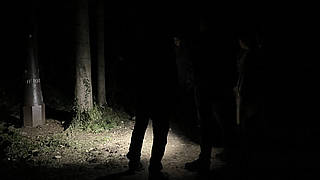 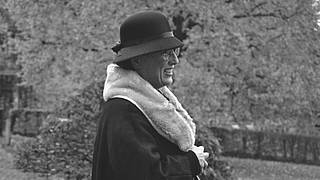 On the trail of Dollarmatti 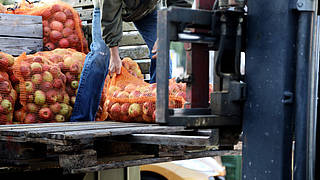 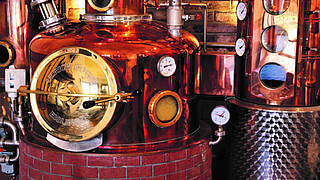 Drop by the local “Drëpp” producers 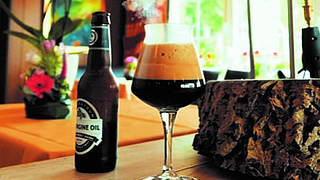 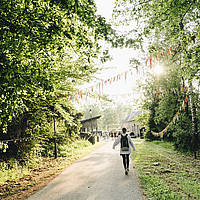 All Slow Trips Experiences
in Guttland 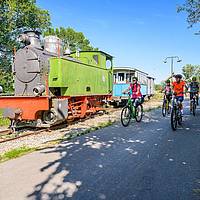 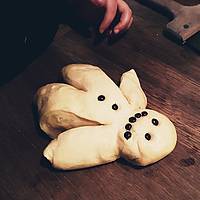 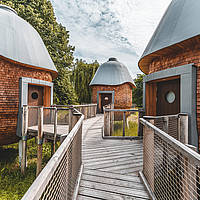 Tiny country — big personalities. Luxembourg may be one of Europe’s smaller countries, but it sure packs a lot into its limited surface area.

For one, Luxembourg has not one, not two, but three official languages. Tourists who speak French or German should be able to communicate well with the locals. Thenational language, “Lëtzebuergesch”, might pose a bit more difficult for outsiders. Fortunately, English is also widely spoken, and Luxembourgers are very welcoming people.

They’re also incredibly proud of their heritage and traditions. This is celebrated accordingly with local festivities that make it easy to get in touch with the locals. People also get together in the many cafes and pastry shops, enjoying local delicacies. In a move towards environmental consciousness, Luxembourg is the first country in the world to offer free access to public transport. So as long as you stay on national trains in second class, you can explore the whole country without ever paying for a ticket.

More casteles than you can shake a stick at.

The Eisch Valley in the Guttland is home to not one, not two, but seven castles, earning it the nickname "Valley of the Seven Castles". The castles date back to various historical periods, offering an interesting glimpse into the region over time. A yearly medieval festival makes history come to life.

Take a deep breath and travel back in time

The village "Rindschleiden" is hidden in a valley and is situated in a remote and quiet rural area.

Take a deep breath and travel back in time

Another highlight of the “Guttland” region is Rindschleiden — Luxembourg’s smallest village. Hidden in a valley, it’s situated in a remote and quiet rural area. The meditation path in Rindschleiden invites people to slow down, take a deep breath and enjoy nature.

Meanwhile, the “Thillenvogtei”, a rural museum, lets you experience history first-hand. The guides of the living museum really know how to revive the typical everyday life of the region about 150 years ago through live demonstrations. Try your hand at threshing grain, baking bread or attending school classes the way it used to be done. Come and discover time travel, in a unique way, at this restful, charming place.

Discover Koler — the small village turning into an urban-art museum.

That the Guttland region has its very own charm is proven by the once inconspicuous village Kahler (called Koler in Luxembourgish), which is turning into an urban art museum. Colourful street art embellishes many house facades and barns. And everyone in the village is delighted, not least because the man wielding the spray cans is one of them. Alain Welter launched the campaign “Make Koler Kooler” to introduce street art to his home village. While it was at first only supposed to be his degree project, the urban artworks in the streets of Koler keep growing even now, and they are freely accessible to everyone.

Do you want to pay in BEKI?

The canton Redange in the western part of the Guttland region has developed its own regional currency called BEKI.

Do you want to pay in BEKI?

In 2013, the local currency Beki was introduced in the Canton of Redange to support the sustainable development of the region. It’s the only regional currency of Luxembourg. Shop like a local by exchanging some Euros at the tourist office in Useldange for some BEKI (1 EUR = 1 BEKI).

Luxembourg is the first country in the world to offer nationwide free public transport to everyone, citizens and visitors alike. Sustainable travelling and exploring have never been easier! You only need a ticket if you travel in first class on national trains or if you want to cross the border to Germany, France or Belgium.

Are you ready to discover the slow travel region of Luxembourg? Browse and choose from our many unique Slow Trips Experiences. From relaxed culinary adventures to exciting historic activities — you’ll find your perfect match.

For further information, please have a look at the following websites: 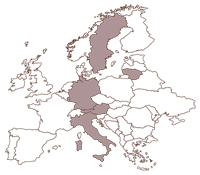